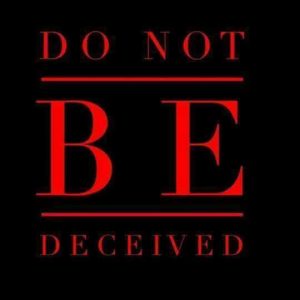 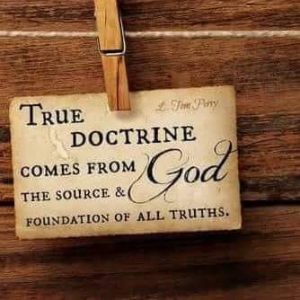 HOW TO FIGHT SIN.

1 Corinthians 1:30-31 (NKJV)
30 But of Him you are in Christ Jesus, who became for us wisdom from God—and righteousness and sanctification and redemption— 31 that, as it is written, “He who glories, let him glory in the Lord.”

Don’t try to fight sin by yourself, …YOU WILL LOSE!!

LET ME, LORD YESHUA DO THE FIGHTING FOR YOU.

YOU WILL ALWAYS BE THE CONQUEROR THROUGH ME.

Every time you are tempted to sin….ask yourself:

WHAT WOULD I, YESHUA, DO?
If the the Answer is: He would not.

If you are in the act of sin, SPEAK OUT LOUDLY:

” I AM THE RIGHTEOUSNESS OF GOD IN YESHUA MY LORD ”

Remember this principle every time you fall.

I came to earth to set you free from sin. In the flesh you are weak, that is why you fall.

I ALREADY HAVE SET YOU FREE FROM SIN AND FEAR.

I didn’t die till your next sin. I died for ALL your sins past, present and future.
YOU ARE IN ME AND I AM IN YOU.

I AM WITHOUT SIN,

John 3:18 (NKJV)
18 “He who believes in Him is not condemned; but he who does not believe is condemned already, because he has not believed in the name of the only begotten Son of God.

Every time you sin and call upon my blood, you spill My precious blood AGAIN.

All sin comes with a cost, your dead.

To become righteous again, claim …MY BLOOD and righteousness, you will be set free and live.

1 John 1:9 (NKJV)
9 If we confess our sins, He is faithful and just to forgive us our sins and to cleanse us from all unrighteousness.

When, for example, you used to sin 6 times day with a particular sin, it will get less and lesser eventuality you will stop doing that sin.

Sometimes in future, you WILL fall again.

FILL YOUR MIND AND HART WITH QUILT

AND MAKE YOU FEEL LIKE A HYPOCRITE TOWARDS OUR FATHER.

START AGAIN AND FIGHT HIM AS MENTIONED BEFORE.

WHEN YOU DO THIS WITHOUT THE INTENTIONS TO CHANGE OR TO BORN AGAIN….

YOU ARE SINNING AGAINST THE BODY OF CHRIST,

WHICH IS COMMITTING THE CAPITAL SIN.

BECAUSE IF YOU WILLINGLY AND KNOWINGLY SIN, LOOKS WHAT HAPPENS:

Hebrews 10:26-29 (NKJV)
26 For if we sin willfully after we have received the knowledge of the truth, there no longer remains a sacrifice for sins, 27 but a certain fearful expectation of judgment, and fiery indignation which will devour the adversaries. 28 Anyone who has rejected Moses’ law dies without mercy on the testimony of two or three witnesses. 29 Of how much worse punishment, do you suppose, will he be thought worthy who has trampled the Son of God underfoot, counted the blood of the covenant by which he was sanctified a common thing, and insulted the Spirit of grace?

LIVE YOUR LIFE KNOWING THAT YOU ARE ALWAYS RIGHTEOUS IN ME,

OUR FATHER DOESN’T CONDEMN YOU ANY MORE.

IN ME, HE WON’T REMEMBER YOUR SINS ANY MORE.

AS HE LOVES ME, HE LOVES YOU.

AS I AM TODAY,  SO ARE YOU IN THIS WORLD,

1 John 4:17 (NKJV)
17 Love has been perfected among us in this: that we may have boldness in the day of judgment;

because as He is, so are we in this world.

ARE WE FREE TO SIN??

Romans 6:1-15 (NKJV)
​1 What shall we say then? Shall we continue in sin that grace may abound? 2 Certainly not! How shall we who died to sin live any longer in it? 3 Or do you not know that as many of us as were baptized into Christ Jesus were baptized into His death? 4 Therefore we were buried with Him through baptism into death, that just as Christ was raised from the dead by the glory of the Father, even so we also should walk in newness of life.
5 For if we have been united together in the likeness of His death, certainly we also shall be in the likeness of His resurrection, 6 knowing this, that our old man was crucified with Him, that the body of sin might be done away with, that we should no longer be slaves of sin. 7 For he who has died has been freed from sin. 8 Now if we died with Christ, we believe that we shall also live with Him, 9 knowing that Christ, having been raised from the dead, dies no more. Death no longer has dominion over Him. 10 For the death that He died, He died to sin once for all; but the life that He lives, He lives to God. 11 Likewise you also, reckon yourselves to be dead indeed to sin, but alive to God in Christ Jesus our Lord.
12 Therefore do not let sin reign in your mortal body, that you should obey it in its lusts. 13 And do not present your members as instruments of unrighteousness to sin, but present yourselves to God as being alive from the dead, and your members as instruments of righteousness to God. 14 For sin shall not have dominion over you, for you are not under law but under grace.
From Slaves of Sin to Slaves of God
15 What then? Shall we sin because we are not under law but under grace? Certainly not !